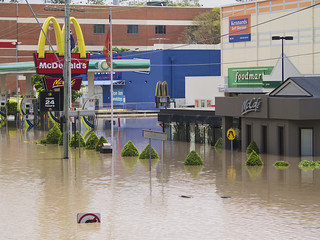 How is the climate crisis affecting your life, and your communities?

Beyond the emotional effect, I haven’t been directly affected in an obvious way, but even in Northern Ireland we’re experiencing surprising weather this year

I spend my days working on open access and open science. It’s dismaying to see the degree to which (even?) the open movement can ignore the climate disaster. I don’t understand why people are not “dropping everything” to work on climate “in the open.”

Stringent steps need to be taken to curb environment crisis.

I am extremely concerned about the climate crisis and am (urgently) trying to make a career change from my work as a project manager for a nonprofit that focuses on open education to using my experience and skills to fight climate change. I have completed courses by the Association of Climate Change Officers to become a Climate Change Professional (CC-P) and completed Climate Reality training. I am also serving on the the climate planning committee for my city in the USA called RVAGreen2050. I am trying to focus on the intersection of climate change, higher education, and climate action. What can higher (or tertiary) education as a field do to address the climate emergency, such as preparing the infrastructure on campuses to be carbon free, creating curricula that integrates climate education into college disciplines and programs that prepare students for a radically different economy,etc.

The Climate Crisis had a very deep impact on my life. Since I was a small kid I had always wanted to work in the movies industry, so the big effort in my life was to learn how to shoot films, direct and work on contemporary arts. Some years ago I started to be concerned about the effects climate change had on the world and on human rights. I decided to put all my energy and abilities on these problems, trying to use what I had learned to help the community at a local and global level. I had to change the plans I had in my life, trying to incorporate them into what was more urgent. I’ll try to keep on the fdream of working on films, but I guess I won’t be able to be as much free as I wanted, as we only have few years to change the system and tackle climate change for real.

So many the young people I know, including my own children, are feeling anxious and deeply let down by the world’s inability to respond. My commitment to them is I will not leave them alone, that I will fight for positive change and solutions with all my energy.

My family farms in the U.S. Midwest. We’ve been locally lucky the past 10 years or so, but surrounded by catastrophic floods and droughts, and know we won’t escape.

Where I live, there are many neighborhoods and people struggling for justice and equity, and many of these fights intersect deeply with climate impacts and potential solutions. Economic development, affordable and safe housing and transportation, etc - so we show up for these social justice campaigns as the first place to take climate action that has immediate positive benefit in people’s lives.

Stories of climate litigation in Australia

In Australia, there are stories and narratives being told about the impact of climate change on various communities. Increasingly, in the absence of political action, individuals and communities are bringing legal action in the courts to seek redress against governments and companies to obtain climate justice. These cases have also featured expert evidence - particularly from climate scientists.

Stories of climate legislation in Australia